No job opportunities? No problem…

By flying the flag for entrepreneurship, a dynamic French organisation is changing mind-sets

Adie is a not-for-profit organisation that helps promote entrepreneurship among youth, seniors and the economically marginalised. With a true desire to assist those unable to obtain start-up loans from the usual channels, this committed association is making it possible for thousands to forge a new future. It’s an organisation that truly chimes with the Trafigura Foundation’s deepest values: here we explain why.

Starting a business in tough economic times may go against received wisdom, but for many of France’s low-income unemployed, the risk of failure is less daunting than remaining on benefits. Adie’s two-pillar model, providing assisted micro-loans to low-income unemployed and business opportunities for young people, echoes the Trafigura Foundation’s key values of social integration and job opportunity. Having recently renewed our partnership with Adie for another three years, we look at how the organisation is faring in France’s challenging economic environment. 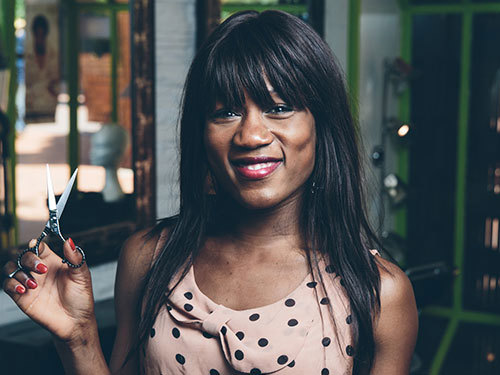 No age limit for opportunity

Adie- whose motto is ‘there’s no age-limit to starting a business’ - provides a lifeline to various distinct socio-economic groups: young people caught in a catch-22 who, without experience cannot secure a job; unemployed ‘older’ workers (45+) struggling to get re-hired because of their age, single low-income mothers who can afford neither nanny or crèche to free them up to work… Another group is the 45% of unemployed youth from France’s urban ‘banlieues’ – the inner-city districts where young people are frequently ghettoised, marginalised and stigmatised. Yet, undeterred by the obstacles they may face, over 69% of those aged 18-24 say they want to start their own company. Despite often feeling disillusioned with authority and less suited to a typical workplace environment, being their own boss offers a way for these young adults to reconcile autonomy and ambition.

“Among young people aged between 18 and 24, over 69% want to start their own business compared to 29% of the population in France."

Since the financial crises of 2008 and 2010, Adie has seen greater demand, as Catherine Monnier, Adie’s General Delegate of Funds, explains: “These tough economic times mean it’s harder for people to get a loan and nigh on impossible for those at the bottom of the ladder: year on year we’re seeing a 12-15% rise in requests for our services. It means, happily, that some people are still inspired to start a business, and they’re finding us through one of our 120 agencies. The crisis has made things worse for youth: people are hiring less, and when they do, they want experience. Young people can’t even get on the first rung of the ladder, so our CréaJeunes service offers opportunities for young people with a good idea and who need support and a small loan to get started.”

Whatever age or stage in life, it takes grit and resilience to launch a business, but this is what many of France’s unemployed are doing. Catherine explains the changing nature of trades that people are being drawn to: “Previously, a typical micro-business would be a market stall or some kind of mobile trade. Today it’s become hard to earn a living from this; the trend is towards services, such as cleaning, gardening, chauffeuring for those without a car, or food trucks. Our average loan is around 4,000 euros - but we’ve had inspired ideas that only require a few hundred euros to get started. Single mums find they can offer catering, crafts, or home-based sales, which help them earn money whilst they look after children. We only lend when the project is viable, as we don’t want people carrying the burden of repayments when they’re already financially fragile.” 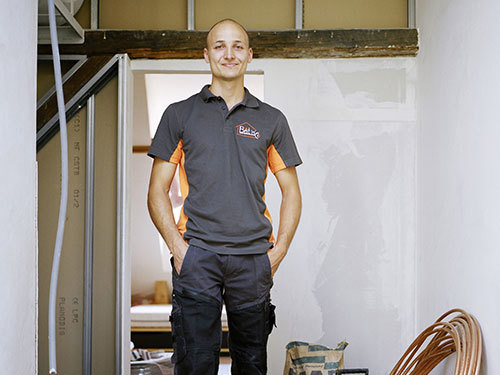 Entrepreneurship is gradually being accepted as a way out of unemployment

France is facing its future

The increasing rarity of France’s much-revered ‘CDI’ - Contrat à Durée Indéterminée, or permanent contract is forcing the French to consider new ways of working. Until as recently as 2005, an entrepreneurial spirit was almost discouraged, shown in removal of unemployment benefits for those claiming they wanted to start a business. As Catherine states, the only ‘serious work was salaried work’ but the new economic reality is moving mindsets. A shift is also required in France’s attitude to failure, formerly much frowned-upon, with Catherine noting that “just because someone has failed once doesn’t mean they are not reliable or will necessarily fail again.” Entrepreneurship is gradually being accepted as a way out of unemployment, and Adie lobbies hard to change state law, reduce red tape and curb administrative charges for fledgling business owners.

Riding on the crest of this hopeful new mood, Adie’s plans for the future are to go deeper into the heart of their target audience, reaching more young people and single parents. A strong partnership with France’s job-seeking organisation, Pôle Emploi helps promote awareness of Adie’s services, and this will be strengthened with greater grass roots presence through an urban youth-outreach programme. An e-learning scheme will tackle low-income unemployed in rural areas, as well as single parents who cannot travel or get to training schemes because of childcare commitments.

As France currently deals with its highest unemployment rate on record – currently 10.5% - a more positive picture is emerging for those hit hardest, thanks to the work of Adie and its commitment to marginalised, but motivated groups.